Thing 1: We exist for a good reason 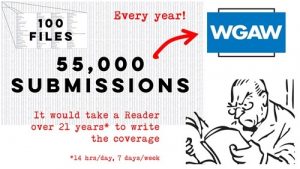 Production companies, producers, managers, contests and studios don’t have time to read every script that comes in. Readers are the first line of defense. 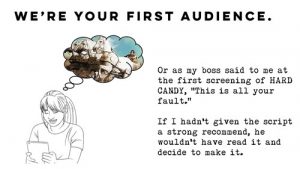 Thing 3: Most of us are on your side 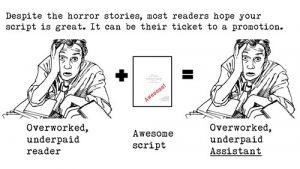 Thing 4: It’s a lot of work for very little (or no) money

Thing 5: We spend all day looking for a unicorn

Our job is almost absurd. We have to find a script with:

Thing 6: We have to kiss a lot of toads

Readers always hope the next script is great. Experience has taught us that’s highly unlikely. 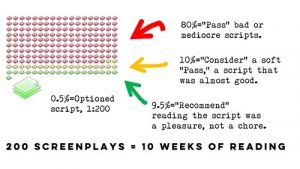 Our next blog we’ll look at Six reasons why a Reader might reject a script.

Until then, it’s back to work.

Geof Miller is a writer, producer, development consultant, and teacher of screenwriting. His classes at the University of Washington and Seattle University were described by students as “inspiring,” “enlightening,” and “f*cking awesome!”